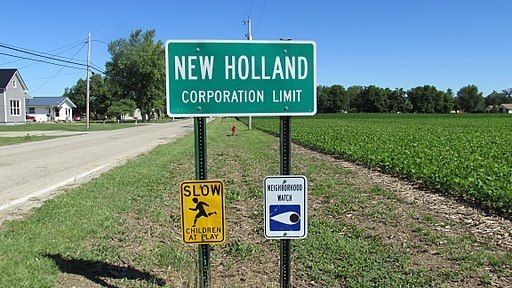 Our client and Plaintiff in the case, Derek Myers, is a freelance television and print news reporter. Approximately two years, Derek learned information that the newly-launched New Holland Police Department was potentially carrying out illegal and/or unethical actions under the guise of protecting citizens. Specifically, those actions included nepotism, illegal ticket quotas, unlicensed police officers, threats of force and coercion, and many more disturbing allegations.

On October 6, 2017, Derek published an article entitled “EXCLUSIVE: Mayor Signing Son’s Time Cards,” wherein he reported that the Mayor of New Holland, Defendant Betzko, was signing timecards for his son and noted that it was an ethical violation to do so. Within 24 hours of publishing the article, Derek was ticketed with THREE misdemeanor charges by Chief Lawless in what the Complaint alleges to be an attempt to silence his reporting and to infringe on his First Amendment Rights.

Within six weeks of publishing the article, Derek had been charged with a total of ten different misdemeanors by New Holland Chief of Police, Defendant Jason Lawless.

During one traffic stop for a fabricated misdemeanor charge, Derek was able to record much of the conversation on his car’s dashcam. Chief Lawless is heard on the recording telling Myers, “I’m done with you, and you are done. You get the f***out of here and quit or you’re done.”

The tiny Village of New Holland has recently come under much public attention due to allegations of controversy forged by Sgt Mick. In July 2018, Mick filed a felony charge of forgery in Circleville Municipal Court against his interim chief, Conrad, and felony charge of complicity to commit forgery against mayor Betzko.

Mick signed an affidavit in relation to the charges, stating that he was forced by his supervisor Defendant Lawless to execute the November 30, 2017 arrest warrant against Myers, and that Defendant Lawless also pressured Mick to sign additional charges of resisting arrest against Mick’s own better judgment. Mick further noted, “I do not believe the warrant was a valid warrant and I choose to no longer pursue the case.” On July 31, 2018 the charges of Inducing Panic, Resisting Arrest, and Disorderly Conduct against Plaintiff were dismissed by the Washington Court House Municipal Court.

As addressed in the Complaint, Derek was subjected to numerous other acts of retaliation at the hands of the Defendants in this case. Derek was illegally arrested, harassed, jailed, and had his civil liberties ripped away from him. When he fought back by publishing more stories and getting the criminal charges dismissed, he was further harassed by the New Holland Police Department, under the direction of Chief Lawless and Chief Mosley.

“We believe that what happened to Derek is an atrocity. He has a right to speak on matters and voice his opinions. The defendants in this case did not like what Derek had to say, and they used their powerful positions to punish him illegally for speaking out. This type of conduct deliberately erodes away the trust that citizens have in the government that oversees them,” says Chanda Brown, lead trial attorney for Derek Myers. “Retaliation for exercising First Amendment rights is deeply frowned upon in our judicial system and we trust that justice will be served by the court as a result of the lawsuit we are filing.”

Justice Anthony M. Kennedy, writing for the United States Supreme Court, said in a recent decision that a citizen’s ability to criticize government without fear of retribution ranks “high in the hierarchy of First Amendment values.”

Derek Myers notes, “Going from a journalist who was entrusted to deliver the news, to someone who people now question is ever telling the truth or if I am a ‘real journalist’ has caused me great pain. My life has been humiliated, my career has suffered, and my reputation is tarnished. My competitor ran a mugshot of me on their front page, news articles are forever indexed in Google and search engines that paint me as a criminal simply for doing my job.”

Myers brings this action seeking fair compensation and reforms to the policies and training within the New Holland Police Department to prevent similar acts in the future. Among other things, this action alleges Federal Claims of False Arrest, Retaliatory Arrest, Malicious Prosecution, Civil Conspiracy, and a claim against the Village of New Holland for inadequate policies and procedures.

The lawsuit, captioned Myers v. Village of New Holland, et al., No. 2-19-cv-1485, was filed today in the United States District Court for the Southern District of Ohio.

Walton + Brown, LLP takes pride in having a successful serious personal injury and civil rights practice, unafraid to step into a courtroom and litigate cases to the fullest extent necessary. With over 450 lawsuits filed and over $18 million in settlements or verdicts won for our clients, we bring a record of success. Sean Walton and Chanda Brown have been awarded Top 100 and Top 40  Under 40 designations as trial attorneys. For more information, please visit www.waltonbrownlaw.com.