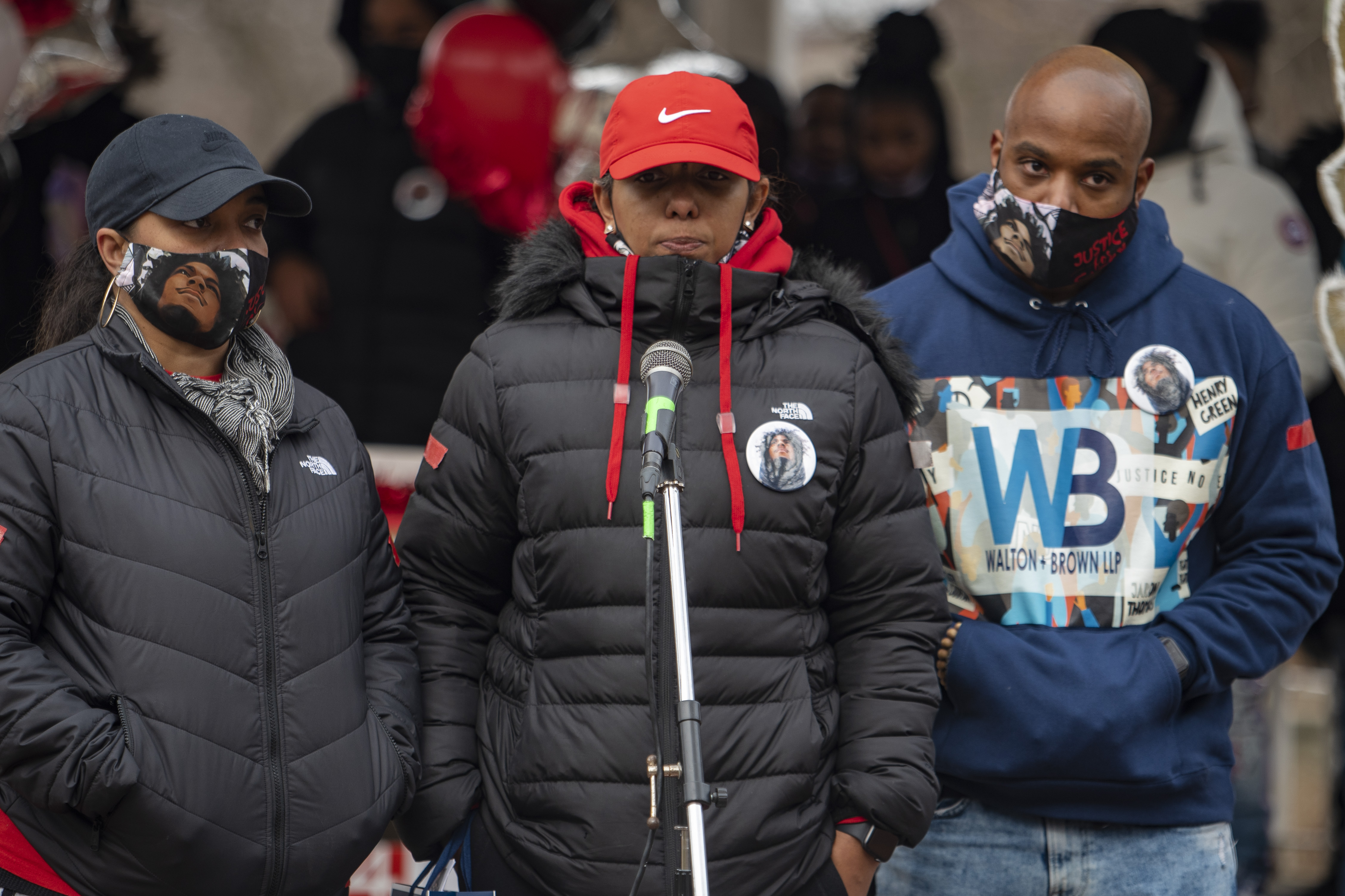 (Columbus, OH) February 11, 2021 – On February 10, 2021, Tamala Payne, mother of Casey Goodson, Jr, discussed information related to Casey’s death with the hosts of the nationally syndicated morning show The Breakfast Club. That interview is set to air Friday, February 12, 2021. The interview focused on the location and number of gunshot wounds suffered by Casey, who was murdered by Franklin County Sheriff’s Deputy Jason Meade on December 4, 2020. Ms. Payne and Attorney Sean Walton also renewed calls for Meade’s immediate termination and arrest for Casey’s murder.


The information released by Casey’s family was based primarily on details conveyed to Ms. Payne during a meeting with Franklin County Coroner, Dr. Anahi Ortiz, and the Deputy Coroner who performed Casey’s autopsy, Dr. Anne Shepler. That meeting took place on January 11, 2021 and was the result a request by Ms. Payne, who was entitled to information related to Casey’s death as his next of kin. Dr. Ortiz and her staff graciously granted Ms. Payne’s request.


Casey suffered six gunshot wounds in total, five to his back and one to his right buttock. Initially, Casey’s family believed he was shot at least three times based on the wounds they saw on Casey’s body as he lie on their kitchen floor bleeding. The meeting with the Coroner’s office confirmed not only their belief that he was shot in his back but revealed the exact number of gunshot wounds he suffered. Additionally, it was revealed that some, if not all, of the shots Casey suffered went through an intermediary object. This also confirmed the family’s belief that Casey was shot through an exterior door while entering his home.


“I am very thankful for the information provided to me by Dr. Ortiz and Dr. Shepler. It is extremely painful to suffer through a situation like this, especially when you don’t have any answers,” Ms. Payne said. “It was important for my family to know exactly how many times Casey was shot and where he was shot. I want to share this information with the public as we ask for support in calling for the prosecution of Jason Meade. Meade shot my son in the back. He should be fired and prosecuted immediately.”


The family will reserve any additional comment on the results of the autopsy until the final autopsy report is released by the Franklin County Coroner’s Office.


This release of information comes just days after Ms. Payne and Attorney Sarah Gelsomino provided testimony regarding Casey’s death to the International Commission of Inquiry on Systemic Racist Police Violence Against People of African Descent in the United States. On February 6, 2021, Ms. Payne and Attorney Gelsomino spoke to the commission regarding the circumstances of Casey’s murder, providing one of 45 direct examples of systemic racist police violence in America. Other victims who had representatives provide testimony on their behalf include tragic names such as George Floyd, Breonna Taylor, Tamir Rice, Michael Brown, Eric Garner and Freddie Gray.


In June 2020, the U.N. Human Rights Council (HRC) strongly condemned “the continuing racially discriminatory and violent practices perpetrated by law enforcement agencies against Africans and people of African descent,” noting in particular the death of George Floyd on May 25, 2020 in Minnesota, and the deaths of other people of African descent. The HRC also condemned structural racism in the criminal justice system and, by Resolution A/HRC/RES/43/1, mandated the High Commissioner to prepare a report on systemic racism, and violations of international human rights law against Africans and people of African descent by law enforcement agencies globally.


Recognizing that killings and maimings of unarmed Black people by police authorities in the United States escalate unabated and that effective domestic remedies are either non-existent or exacerbated by the policies of the federal government of the United States, the International Association of Democratic Lawyers (IADL), the National Conference of Black Lawyers (NCBL), and the National Lawyers Guild (NLG) decided to convene this International Commission of Inquiry.


Hearings for the Commission took place between January 18 and February 6, 2021. The Commission will issue a Final Report of its findings for submission to the UN High Commissioner on Human Rights, relevant officials, and the public. A link to the hearing can be found here.

About Walton + Brown, LLP: Walton + Brown, LLP takes pride in having a successful serious personal injury and civil rights practice, unafraid to step into a courtroom and litigate cases to the fullest extent necessary. With over 450 lawsuits filed and over $18 million in settlements or verdicts won for our clients, Sean and Chanda bring a record of success. Sean and Chanda have been awarded as Super Lawyers Rising Stars and have received Top 100 and Top 40 Under 40 designations as trial attorneys.